November 04, 2010
When created a lab environment to test ADFS 2.0 I utilized the Windows 2008R2 VM baselines distributed by Microsoft.  After a few days I was told that I had to activate.  The VMs included a 180 day license for use but I didn't feel like adding another network adapter into Hyper-V to connect them to the internet.  I started having issues though where the servers would shut down every hour or so.  I though that maybe there was a memory issue and Hyper-V was shutting them down in order to free up RAM.  Turns out that if Server 2008R2 is not activated it automatically shuts down after a period of time.  After connecting the server to the internet and activating them the problem went away. 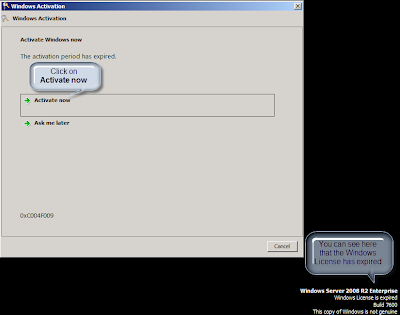 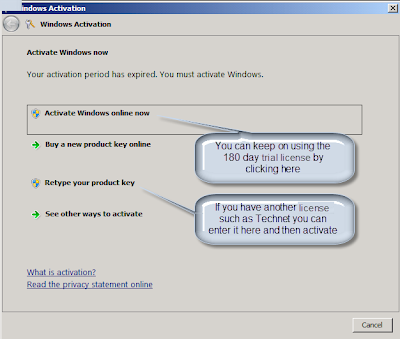 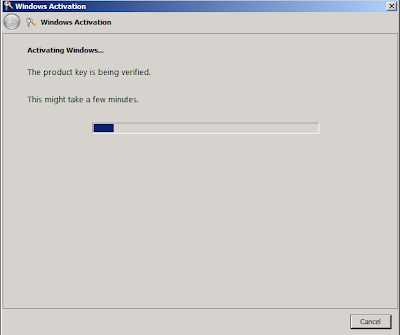